Chen et al. reported a sensitive and selective fluorescence method for the detection of uranyl ions using mercaptopropionic acid functionalized CdTe quantum dots, which can quantitatively burst the fluorescence of the quantum dots through an electron transfer mechanism. The detection limit of this method is estimated to be 4 nM, which is lower than the maximum allowable level of 130 nM for uranyl in drinking water set by the U.S. Environmental Protection Agency. the selectivity of CdTe-MPA quantum dots functionalized with masking agent is better than that of CdS-MAA-TU quantum dots, which can effectively distinguish Pb(II), Hg(II), and Cu(II) ions. In addition, it reacts rapidly to uranyl ions and fluoresces stably within 1 min. the CdTe-MPA quantum dots also have excellent fluorescence stability and anti-bleaching properties. The fluorescence linear concentration range of their prepared probes is from 0 to 521 nM, which is sufficient to detect different concentrations of uranyl ions. At the same time, the probes were used in different real water samples for practical application evaluation, showing a promising future in environmental detection. 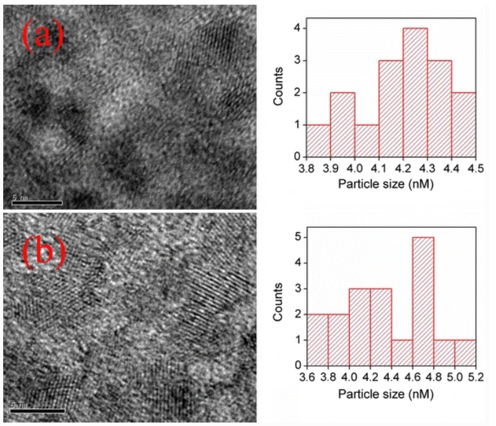 Liu et al. demonstrated water-soluble cadmium telluride (CdTe) quantum dots (QDs) used as an anode interlayer in a solution-treated near-infrared (NIR) polymer photodetector (PD). Compared to poly(3,4-ethylenedioxythiophene):poly(styrenesulfonate) (PEDOT:PSS), polymer PDs bound to CdTe QDs as an anode interlayer exhibit a 10-fold higher suppressed dark current density and similar photocurrent density, resulting in over 10-fold higher detection rates. In addition, the stability of the unencapsulated NIR polymer PDs was extended to 650 h after replacing PEDOT:PSS with CdTe QDs, which is more than 3 times longer than that of PEDOT:PSS as an anode interlayer. 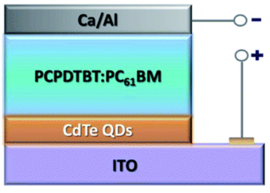