Other core-shell quantum dots offered by Alfa Chemistry include the following:

A heterojunction between a layer of CZTS nanoparticles and a layer of fullerene derivatives forms a pn-junction. Such a hybrid inorganic-organic pn-junction device was used for solar cell applications by Saha et al. As a way to optimize the device performance, the interdot separation was reduced by replacing the long-chain ligands of the quantum dots with short-chain ligands and varying the thickness of the CZTS layer. Saha et al. have shown that the CZTS-fullerene interface can dissociate photogenerated excitons due to the depletion region formed on the pn-junction. Based on the capacitance-voltage characteristics, the width of the depletion region was determined and compared with the parameters of devices based on heterojunction fractionation. The results demonstrate the application of solar cells based on non-toxic and earth-rich materials. 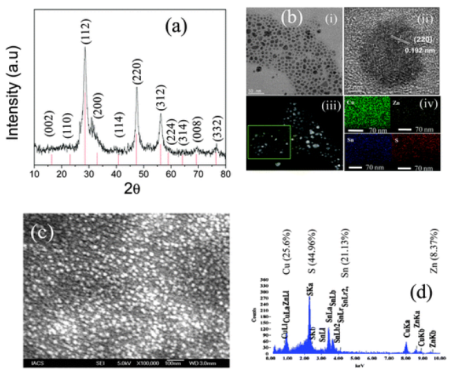 Ternary CulnS2 (CIS) colloidal quantum dots (QDs) serve as a less toxic alternative to binary PbX and CdX (X=S and Se) QDs, mainly because of their heavy metal-free composition. They are easily produced by inexpensive solution-based methods, resulting in band gaps of tunable size from the visible to the near infrared. Furthermore, spectroscopic studies have shown that they have unique optical properties such as long-lived excited states and high emission quantum efficiency. They also exhibit an unusually large Stokes shift, which greatly suppresses reabsorption losses. Nagamine et al. also reported high two-photon absorption (2PA) cross sections within the infrared biological window of human tissues, which makes them a promising material for use as fluorescent labels for multi-photon excitation bioimaging. 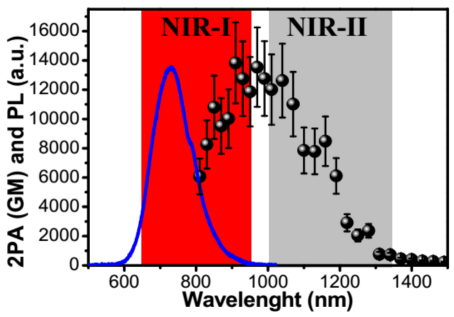 Fig. 2 PL and 2PA spectrum of one of the studied samples inside the transparency windows of the human tissue. (Nagamine et al., 2017)

Alfa Chemistry can provide a variety of complex and customized fluorescent quantum dot products. Our products involve a variety of fluorescent quantum dot products. Alfa Chemistry provides products with high fluorescence quantum yield, stable quality and relatively low price. Our products are constantly updated. If the product you need is not in our catalog, please feel free to contact us, we provide relevant custom services.