Alfa Chemistry can provide customers with PEG Cd quantum dots in the wavelength range of 450-665 nm. Cd-based quantum dots (QDs) coated with PEG groups have unique optical properties, such as narrow emission, wide absorption and optical stability, and are widely used in photocatalysis, biological imaging, biosensors and other fields.

Folate receptors (FRs) are overexpressed in various types of tumors, which makes them excellent targets for tumor localization. Folic acid-modified quantum dots (QDs) have the potential to effectively target and monitor brain tumors in vivo. Liang et al. reported high tumor-targeting efficacy of folate (FA)-labeled near-infrared (NIR) QDs with a maximum emission wavelength of 800 nm. After coupling QD800-PEG (CdSeTe/ZnS) with FA, an orthotopic transplantation mouse model of folate-enriched U87MG was used to test targeted fluorescence imaging of tumors after intrathecal delivery. The results showed that the tumor uptake rate of QD800-FA was much higher than that of QD800. Semi-quantitative analysis of the region of interest (ROI) showed a higher tumor uptake of 90.9 ± 0.6% ID/g for QD800-FA compared to 24.8 ± 1.6% ID/g for QD800. Fluorescent signals were still observed in mouse brains 6 weeks after injection.

Li et al. characterized the endocrine disrupting effects, toxicokinetics and oxidative stress of QDs in vivo after intraperitoneal injection in loach. When a mixture of QDs and E2 was used, E2-induced Vitellogenin (Vtg) levels were significantly decreased, which was consistent with histopathological observations in the testis. The release of free Cd2+ from QDs and the non-specific adsorption of QDs to E2 may be common factors contributing to the E2-induced suppression of Vtg expression in male E. sinensis. In muscle, bone, intestine, blood and testis, CdSe QDs reached the maximum concentration (C max) about 1 h after injection, and then showed a decreasing trend with time. In contrast, the concentration of CdSe QDs even tended to increase in the liver and kidney. It can be seen that CdSe QDs can last for at least 7 days, indicating that the overall half-life of CdSe QDs in fish is long. Measurements of hepatic superoxide dismutase (SOD) activity and reduced glutathione (GSH) content showed that QDs had less effect on the antioxidant system of the organism compared to free Cd2+ because the PEG coating of QDs effectively blocked the release of Cd. 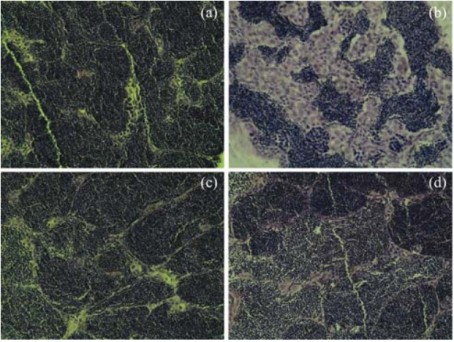 Fig. 2 The histopathological alterations in the testes of male loaches after administration of QDs and E2 exposure. (Li et al., 2009)

Alfa Chemistry can provide a variety of complex and customized fluorescent quantum dot products. Our products involve a variety of fluorescent quantum dot products. Alfa Chemistry provides products with high fluorescence quantum yield, stable quality and relatively low price. Our products are constantly updated. If the product you need is not in our catalog, please feel free to contact us, we provide relevant custom services.