Halide perovskite is one of the most promising semiconductor materials in several fields such as solar cells, photodetectors and light emitting diodes. Alfa Chemistry offers perovskite single crystal for photovoltaic applications, or you can customize your product to meet your needs and our professional team will prepare the right product for you. Please contact us if you have a need.

The trap state density is 1 million times smaller than that of microcrystalline perovskite film (MPTF). Its carrier mobility is 410 times higher than that of the most commonly used organic carrier P3HT, et al. Some electronic devices have been fabricated with crystal wafers. Among them, Hall tests give low carrier concentration and high mobility. The trap density of states is measured to be much lower than that of ordinary semiconductors. It is foreseen that a range of visible lasers and LEDs can be developed using double halide perovskite. with fewer trap states, high mobility, wider absorption and moisture tolerance, it is expected that solar cells using wafers may achieve high and stable efficiencies. 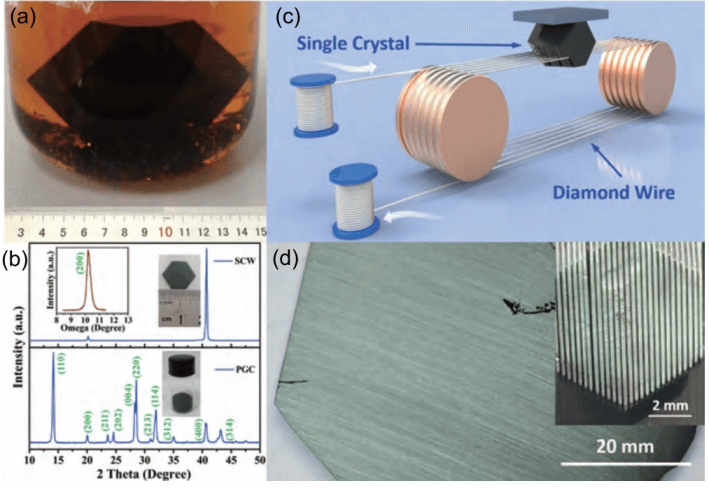 In 2015, Lian revealed for the first time that perovskite single crystals have better capabilities for photodetectors than thin films. Centimeter-scale MAPbI3 single crystals grown by the BSSG method were made into (100)-sided planar-type photodetectors. Simple devices with two interleaved Au electrodes were fabricated with a channel width of 20 μm. At the lowest detectable light intensity (2.12 mW·cm-2), a high R of 953 AW-1 and an EQE of 2.22×105% were measured at a bias voltage of 1 V, with an LDR of 76 dB, τr of 74 μs, and τf of 58 μs. Under a relatively strong light source of 1 mW·cm-2, the single-crystal photodetector shows 100 times higher R and EQE and 103 times faster response than its polycrystalline counterpart. lian's work has encouraged researchers to apply high-quality single crystals to high-performance photodetectors. 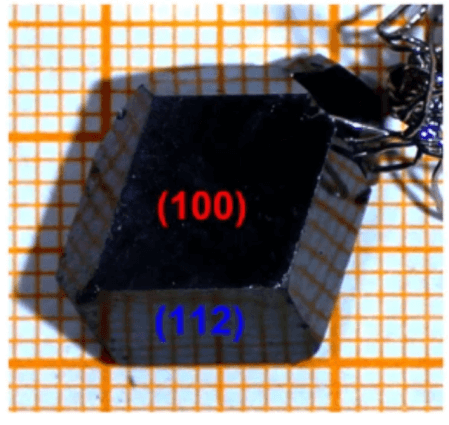