Glutathione-covered water-soluble CuInS/ZnS quantum dots (QDs) were prepared by a microwave-assisted method by Zhang et al. Their fluorescence has an excitation/emission peak at 380/570 nm and was found to be quenched by hydrogen peroxide (H2O2) produced by the catalytic oxidation of uric acid (UA) and oxygen by uricase. These findings were used for the determination of UA with a detection limit of 50 nM for UA, which is lower than its quantum dot, and a detection range of 0.25-4.0 μM. The assay is simple and sensitive and does not require further modifications to the QD.

Tsolekile et al. enhanced the bioactivity by conjugating water-soluble CuInS/ZnS QDs with 5,10,15,20-tetrakis(3-hydroxyphenyl)porphyrin-photosensitizer. Glutathione-capped CuInS/ZnS QDs were prepared in aqueous medium using a kitchen pressure cooker, during which the ratios of Cu and In were adjusted differently (1:4 and 1:8) and at different temperatures (95 °C, 190 °C and 235 °C). Optical characterization showed that the synthesized CuInS/ZnS QDs became red-shifted after passivation compared to the core (CuInS) and emitted in the red region, while cytotoxicity studies showed good cell viability against normal kidney fibroblasts (BHK21). Highly fluorescent water-soluble QDs were conjugated to 5,10,15,20-tetra(3-hydroxyphenyl)porphyrin (mTHPP) by esterification reaction at room temperature. The results showed that the conjugates were highly cytotoxic to THP-1 cells compared to bare QDs and enhanced local uptake of the cells, which is promising as a cancer therapeutic agent. 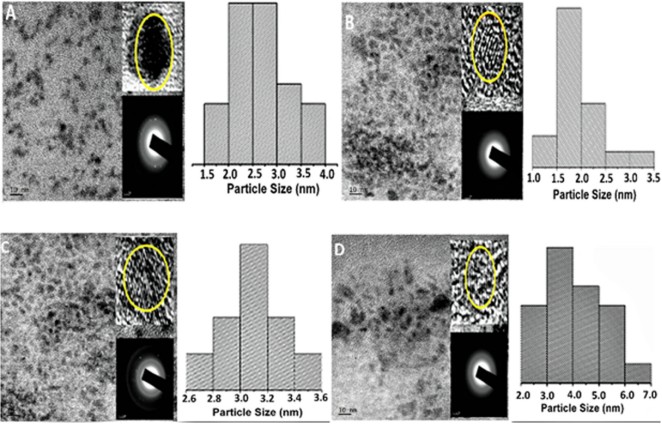 Zhang et al. introduced a simple and sensitive fluorescence assay based on the internal filtration effect (IFE) for the determination of alkaline phosphatase (ALP) activity in serum and living cells. CuInS/ZnS quantum dots (CIS/ZnS QDs) and p-nitrophenyl phosphate (PNPP) were used as a fluorescent indicator and substrate, respectively, for the assessment of ALP activity. Since CIS/ZnS QDs have an effective excitation at 405 nm along with a large Stokes shift emission at 588 nm, the absorption peak of p-nitrophenyl phosphate (PNP) at 405 nm, a hydrolysis product of PNPP and ALP, can act as a competing absorber to absorb the excitation light of CIS/ZnS QDs, resulting in the CIS/ZnS QDs The excellent biocompatibility of CIS/ZnS QDs allows the sensor to monitor endogenous ALP in living cells.